How Much Is Not Enough?

Tonight’s Powerball jackpot is about 500 million dollars (give or take a million).

I, like many others around the country, will be joining forces with several friends and purchasing large quantities of tickets.

The theory, naturally, is to increase our chances of winning.

I’ve done it before and I must admit, it’s difficult to not fantasize about all the things I’m going to do with the booty, even though I know the result will most likely be a repeat of this attempt.

If, or should I say WHEN, we win, and take the lump-sum payout, we’ll each walk away with about $24 million.

I could finally replace the missing hubcap on my Mitsubishi and buy some new socks. 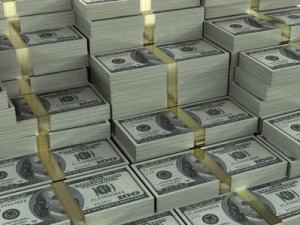 I also think it’s safe to say that there a very few people who would take issue with such a nice payday.

As I said, I’ll be one of 15 people in this attempt to hit it big…but the number of people in the group isn’t always that high.

There are only four of us willing to take a chance every week, regardless of the size of the jackpot. The rest are bandwagon-jumpers only interested when they stand to make “the big bucks”.

This attitude baffles me because the minimum Powerball jackpot is $40 million.

Some basic math tells us that, if there were 15 people participating, each person would pocket a cool 1.33 million.

The guy who runs the pool I’m in (we’ll call him Julio) has determined that the “others” usually start climbing on board when the jackpot clears the 200 million mark.

More basic math…and we learn that the magic number for participation seems to be (gulp) 6.66 million.

I’m not one to cling to religious dogma, but that’s a bit eerie.

Anyway…root of all evil notwithstanding – I’ll throw my hat into any ring that has the word million attached to it. 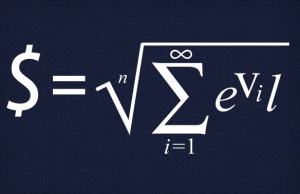 If you play, good luck – hopefully one of us will get to sleep in tomorrow.

If I don’t win tonight, I’ll try again next week when the jackpot will either be in the neighborhood of 600 million ( a very nice neighborhood, indeed) or a paltry 40 million (not exactly the projects).

And if it’s true that money doesn’t buy happiness, at least I’ll be able to buy lots of stuff to take my mind off my misery.

Good luck to all of us and remember…

You can’t lose if you don’t play.

11 responses to “How Much Is Not Enough?”