The Hammer of the Gods Strikes Again

If you had told me in 1978, when I was first bathed in the light that is Led Zeppelin, that I would one day watch a symphony orchestra perform their music I would have laughed (and then maybe hit you).

If you had told me that, not only would I watch it, but I would actually enjoy it, we probably would have skipped the laughing and gone right to the hitting.

Well, I’m glad you didn’t tell me either of those things, because we avoided some awkward moments back then and I won’t have to eat any Humble Pie (the metaphorical food, not the band) today, because both statements came true on November 21, 2015 at the Peabody Auditorium in Daytona Beach when I saw The Music of Led Zeppelin: A Rock Symphony as performed by The Windborne Symphony Orchestra. 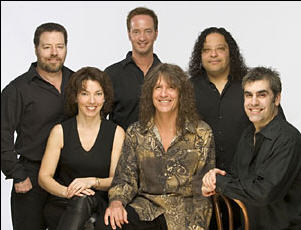 So imagine, if you can, a Led Zeppelin cover band made up of five top-shelf musicians along with a full orchestra blasting out Black Dog, The Immigrant Song and The Ocean (along with 15 other Zeppelin staples).

If I were to write a review of the show it would consist mostly of words like awesome, amazing, phenomenal, mind-blowing, transcendental, awe-inspiring, majestic, tremendous…well, you get the point.

I’m not a music critic so I can’t tick off a list of specific reasons I loved it, I can only tell you that I did. It was as close to a religious experience as I’ve ever had. The regular band and the orchestra meshed so perfectly that it was hard to imagine the music being played any other way – and that is no exaggeration.

On a scale of one to ten, with one being my brother and me trying to play Zeppelin on two guitars plugged into the same amp, and ten being the actual band, I’ll go down the list…

Vocals – eight and a half (Let’s face it, Robert Plant is rock royalty – but Randy is at least a Prince)

Guitar – eight (If guitar were painting, Jimmy Page is Rembrandt, Picasso and DaVinci – George clocks in at a solid Van Gogh).

Electric Violin – nine and three quarters. (I can’t make a Led Zeppelin comparison for Allegra, which is fitting – she was in a class all by herself.)

So, if you did the math you’ll see that the band came in at a solid B+ average. Hardly worth all this raving…right?

I don’t know how many pieces there were, but 40 is probably pretty close, and they were flawless. Nothing short of an A+.

Combined with the band they brought the house down.

After the third song Randy spoke a little to the audience, saying how Led Zeppelin made rock music “big”…and the reason for having an orchestra was to make it “bigger” – then they launched into Kashmir and I forgot my name.

I should tell you that I never had the opportunity to see Led Zeppelin live (watching The Song Remains the Same doesn’t count), so I won’t be so presumptuous to say that this event was as good as the real thing.

I will say, without reservation that it was certainly the next best thing.

The show was scheduled to begin at 7:30 – and if you’ve ever been to a rock concert you know that the start time on your ticket is an approximation at best. It’s also the start time of the opening act.

This show had no opening act and at 7:29 the house lights dimmed, the conductor walked onto the stage and at 7:30 (give or take five seconds) the orchestra tore into Good Times, Bad Times.

What I experienced over the next two hours went as far toward filling that 37-year-old live Led Zeppelin void as anything could have.

Over the years I’ve seen my fair share of bands, but my concert bucket list will never be completed because there is no chance of ever seeing Led Zeppelin or The Beatles.

However…I will now put a check mark (and an asterisk) next to Zeppelin. 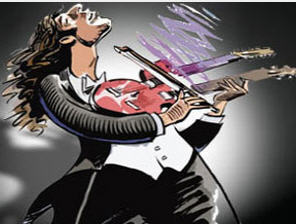 One down, one to go.

Violet Gaspe and Cheryl Schenk are two of the reasons Reading Recommendations still exists after two years of operation. It’s because of dedicated READERS like these women that I continue to promote and recommend books and their authors. They not only subscribe to the blog, but read the posts and find many of their next-great-reads on the site – and they pay attention when I recommend a book, even those by authors I’m not actually promoting on the site! Plus they talk about the books and authors they discover on RR with their friends and other readers. This site would not be what it is today without READERS like Violet and Cheryl who actually read and enjoy the books I promote there. Here they are to tell you what the site means to them …

This milestone is achieved through the…

I love it when #writers do stuff like this!! 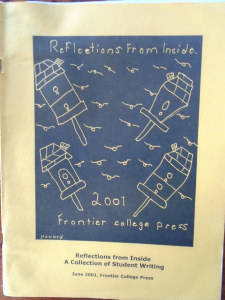 When Carin Makuz first announced her idea for The Litter I See Project and asked authors to contribute a written piece to be published on the blog, I was in! Anything bringing attention to the problem of litter was important to me. But the combined issues of litter/literacy was a perfect play-on-words (Litter-I-See) that made this project irresistible. I wrote to Carin immediately to ask for a photo of a piece of litter.

The other aspect of this project that attracted my attention is that it was launched to help raise funds, as well as awareness, for Frontier College in Toronto, a literacy organization founded in 1899 that began by sending teachers to far-flung work places, like the railways and mines and even into lumber camps in the bush, to work by day and teach the other workers to read and write in English at night. Maintenant en français aussi

Understanding the world in a few minutes