Let’s get one thing straight!

Calling print books “real” would be the equivalent of comparing music released on vinyl, tape or CD “real” as opposed to that released in MP3 or other electronic formats. As Susan Toy says in her “rant” – “they’re ALL real!!”

I can’t believe that, after all this time since eBooks first hit the market, I would need to write a rant like this, so please bear with me …

On June 1, 2014, I published this blog post, No more “vs.” – Okay?, because I was weary of all the adversity that has proliferated in this writing and book business over the decades I’ve been part of it. I don’t know that my post made the slightest bit of difference, but getting all that off my chest at least made me feel a bit better.

There is one “vs.” though that still seems to be prevalent out there. And I see this being said often enough to make me want to reach into cyberspace and shake those who continue to do this, telling them to “Stop Right There!”

Sometimes you have a book signing and you don’t sell a single book…but that doesn’t mean it was unsuccessful.

We had no idea what to expect that night and frankly I was getting a little nervous. The GPS said we were just two miles away however the neighborhood was looking sketchy—at least not the kind of place my Jewish grandma would have deemed safe for her little bubala to be wandering.

I was the one who planned the outing in Jacksonville, Florida, 80 miles away from our home turf of Flagler Beach. I had assured my friend Tim that I had done my homework and that The Three Layers Coffee House was going to be a great place to sell our books. The only problem was my estimates were based solely on an email conversation with the manager and a few fancy website images that promised whipped cream topped chocolate cakes (I’m a sucker for cake).

We pulled up to the one story brick café and parked. Little tables…

Looking pretentious, hip and smart all at the same time isn’t easy!! These tips will help you impress the Starbucks crowd! 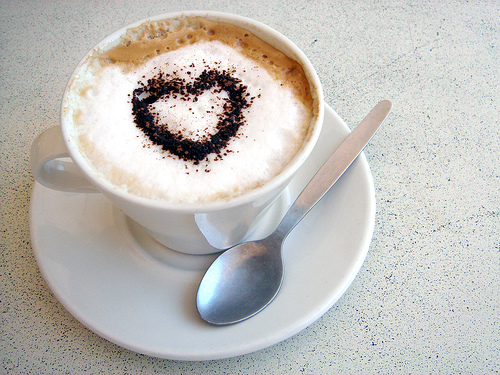 Youmay not have written anything spectacular, you may not have a novel out there or even write for that matter but you can still make people think you are a writer / famous novelist.

Here are some useful tips on achieving that all important ‘I am a writer’ look. It’s very fashionable and bang on trend.

We writers always hang out in coffee shops so this is the perfect location to give the general public the impression that you are a writer / famous novelist. This is what my Saturday mornings are spent doing – sigh!

1. Look the writer part. Track suit bottoms / pyjamas, hair not seen a brush for days and that bleary eyed / been stuck in front of a laptop for days stare.

2.Your coffee order is a reflection of your creativity. As a writer you need to be ordering something creative.Make it…

How Many Tools are in Your Writing Toolbox?

In the world of professional baseball, teams send scouts to colleges (sometimes even high schools) to evaluate young talent.

There are five aspects of the game that these scouts look for, and naturally, the more areas a player excels at, the higher he is rated—they are hitting for power, hitting for average, fielding, throwing and speed. 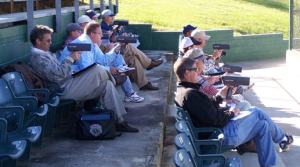 A player who demonstrates proficiency in all five of these areas is rare, and is referred to as a five-tool-player.

Bo Jackson, Mike Schmidt and Kirby Puckett are a few examples of such elite players.

Naturally, it isn’t necessary to be a five-tool player to be successful in Major League Baseball, but obviously it is to a player’s advantage to possess strength in as many of the five as possible.

So it is, too, with writing. 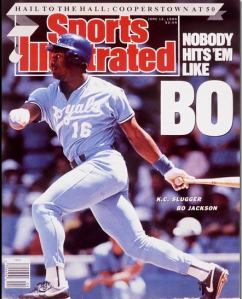 You don’t have to be a five-tool-writer to be successful, but you should work to excel at as many of them as possible. In the ever-changing world of independent publishing they will all serve you well.

What are these tools, you ask…

Well, there is no official scouting report naming them that I am aware of, but I have compiled a list that I think are key skills all writers should strive to possess.

I call this the What if idea…every good book starts with a great what if. For example – What if a giant shark staked a claim off the shores of a small New England town and terrorized the residents?

Once you’ve got your concept, the next trick is turning it into a good story. You’ll need to develop good characters, give them obstacles to overcome and a journey to complete – all without losing sight of your awesome what if.

I don’t believe in formulas when it comes to anything creative, least of all writing…However – there are certain guidelines you should follow when writing your book. There are dozens of websites and blogs offering in-depth analysis to help you. They’ll tell you all about tent poles, conflict, dialogue, plot points, pinch points, and everything else you should know about. Again – I don’t consider these things to be rules, but they are, at the very least, worthwhile suggestions.

Probably the biggest problem area for authors – of all levels. Let’s be honest…we spend months, maybe years, writing a masterpiece, and some glorified English teacher who has never written anything more detailed than a resume is going to tell us to butcher it? 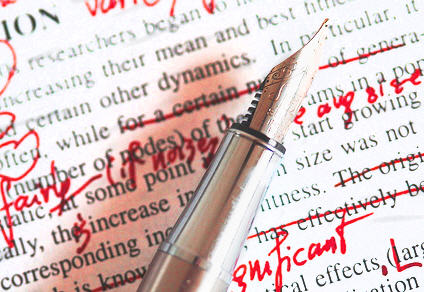 It’s like doing a jigsaw puzzle. You sit there for an hour looking for a certain piece and somebody walks up and, after two minutes, picks up the piece and drops it in. Fresh eyes…they make a huge difference and the as the writer, sometimes we are just too close to the work to see the flaws – and believe me, there are flaws.

This is probably the most difficult concept for writers to warm to. Not in the same sense as writers disliking editors – but in the sense that too many writers have the attitude that their masterpiece will sell itself. The reality is the exact opposite. Your book might be the next Gone With the Wind or Harry Potter, but unless you hand it to Steven Spielberg personally, and he reads it, and loves it. Nobody will ever hear about it. The number of books published every day is mind boggling, so if you don’t get out there and push it, your sales numbers will be less than spectacular.

I’m not trying to discourage you.

On the contrary I’m trying to help you. I want every independent author out there, myself included, to be wildly successful.

I’m also not saying that the five tools I’ve outlined above are all you need to be successful, but they’ll help.

It should be noted that I am, by no means, an expert.

What you have just read is merely my opinion – and I welcome any additions, alterations or suggestions to make this blog more useful.

Let’s help each other. 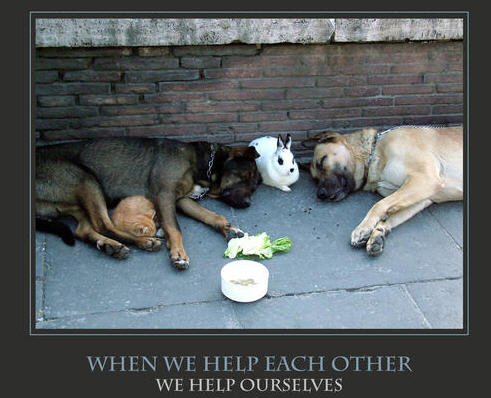 Any time you doubt your own worth, remember this story…

This is a true gem of a story…

When I was a young boy, my father had one of the first telephones in our neighborhood..

I remember the polished, old case fastened to the Wall.

The shiny receiver hung on the side of the box.

I was too little to reach the telephone, but used to listen with fascination when my mother talked to it.

Then I discovered that somewhere inside the wonderful device lived an amazing person.

Her name was “Information Please” and there was nothing she did not know.

Information Please could supply anyone’s number and the correct time.

My personal experience with the genie-in-a-bottle came one day while my mother was visiting a neighbor.

Amusing myself at the tool bench in the basement, I whacked my finger with a hammer, the pain was terrible, but there seemed no point in crying because there was no one home to give sympathy.

The Ten Commandments of Blogging

For unto you this day I bring this message…

1. Thou shalt not waste readers’ time. Offer up thy readers a worthy sacrifice that they might take and be satisfied.

2. Thou shalt honor thy muse. Be prepared in season, out of season to seize inspiration when she comes that ye might write, dance, photograph, paint thy bliss. Be not caught without thy scroll, ink, pen, iGadget, camera. Thou wilt not redeem the moment the locust has eaten.

3. Thou shalt preview thy draft and spell-check before publishing that the Angel of Vengeance shall not fly over thy blog in the night. 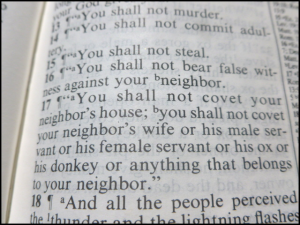 5. Thou shalt not take up the like button in vain, foremost on this blog. It is holystic ground. Thou shalt in integrity read the posts before clicking anything lest thou incite my wrath. Know ye that I see thou couldst not have read four of my brain-intensive posts in one…