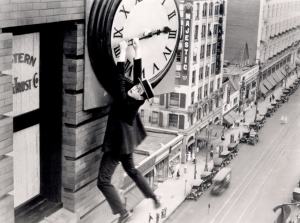 Time is a funny thing.

We use it to measure everything from how long to cook an egg to how long we’ve been on the planet. 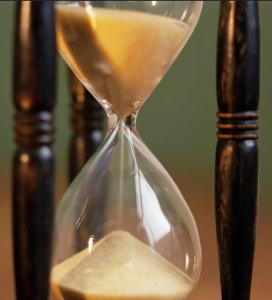 Time is used to determine winners and losers, and to mark history.

In fact, without time, there would be no history.

The rate at which time passes is inversely proportional to the desire of what one is waiting for.

There have been more songs written about time than there are seconds in the average song.

According to Albert Einstein, time sums up his most famous theory…

We blame time for all kinds of problems because there never seems to be enough of it…unless we have too much of it on our hands.

Time is money, it waits for no man, and it heals all wounds…

Time is a funny thing.

So, where am I going with this?

All in good time…

First, I’d like to point out a couple of dates;

June 12, 2016 – that was the day I announced the completion of the first draft of Blood in the Water.

August 1, 2017 – the announcement of the completion of the first draft of 24 Minutes.

Those two announcements came nearly fourteen months apart – a long time considering I had released at least one book each year between 2009 and 2016 – with a few years seeing two or three releases.

Ironically, 24 Minutes – a book about the passing of time, and also my shortest book – took the longest time to write.

Which brings me to the point of this post.

On July 5th, 2018 – less than eleven months after the completion of 24 Minutes’ first draft – I completed the first draft of my next book. That’s more than three months faster than 24 Minutes.

I’m pretty happy about that.

The working title – which will definitely change as soon as I think of a better one – is Time After Time.

I call it Time for short.

For a long time (no pun intended), when people asked me which genre my work would fall under, I had trouble answering. My standard answer is usually something like ‘my books are fast-paced, humorous, crime stories’, but that doesn’t cover it really. Unfinished Business had a hint of the paranormal, Full Circle was a bit on the metaphysical side, and 24 Minutes was a psychological thriller.

Even though they all had characteristics of my self-described genre, they weren’t your off-the-shelf crime stories.

So it is with Time as well.

Time combines my standard genre with some historic fiction and a bit of sci-fi thrown in to really make it different.

No spoilers here – but the story begins in a Nazi bunker during World War II and ends in Flagler Beach, Florida in 2018.

If you’re keeping score, that’s about a 75 year time span.

Ike and the usual cast of characters, Brewski, Ralph and Bill Eldredge, all return to save mankind from a plot devised by Adolph Hitler himself, taking on the CIA and the KGB in the process.

Obviously, neither of those agencies know who they’re messing with!

So, without wasting any more of your time…

Time After Time will now go to my crack team of beta readers…while they are ripping it to shreds I will also go through it again and plug any gaping holes in the story.

Then it’s off to the editor before it is released.

Right now I am anticipating an October release, but you never know…

…after all, when you need it the most, time flies.

Understanding the world in a few minutes