What Skeletons are in Your Musical Closet?

I was raised on rock and roll.

Being born in 1960, and having four older brothers who were already teenagers, well on their way to becoming full-blown hippies, my musical education began while my peers were still enjoying the tune played by their jack-in-the-box.

I was the only kid in my third-grade class to know who Jimi Hendrix was. 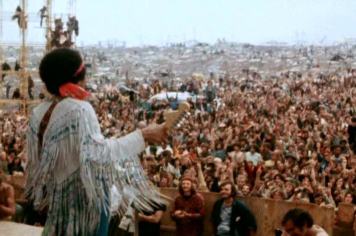 I had trouble understanding why the rest of my friends didn’t know about Woodstock, and I could sing Born on the Bayou like nobody’s business (today, not so much).

It’s safe to say that my taste in music is predominantly rock and roll…or classic rock if you want to be more specific, but as I grew older my tastes expanded. In my early twenties I discovered the blues (which would also include soul and R&B). As I approached thirty I took a liking to jazz and classical and during my forties I got into country. 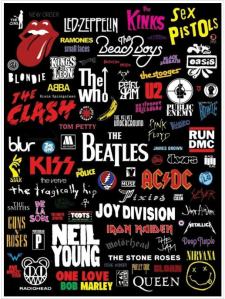 I can honestly say that I at least try to appreciate all forms of music to some degree.

I’m not a really big fan of rap, mostly because I think it is often inspired by anger, hatred and violence – three things for which I have no use in my life. Even still, there are some examples of rap that I do appreciate and enjoy.

Disco…since dancing and the whole nightclub scene was never really high on my list of favorite things, I never had much use for it, but again, I have developed a taste for a small sampling of disco songs.

I also enjoy some good funk. 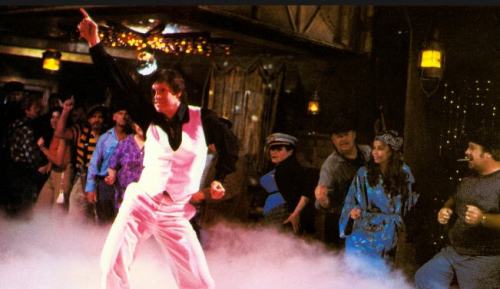 So, with all that being said, there is another category of music I think we all share…something that goes beyond “like and dislike.”

Each of us has music we like, and we’re usually not ashamed to talk about it. Likewise music we dislike, and these we are usually less ashamed to advertise.

There is a third category…the one we keep to ourselves…the one we refuse to acknowledge…the one we hope nobody finds out about.

I call it “skeleton music” – as in the skeleton(s) in your musical closet. 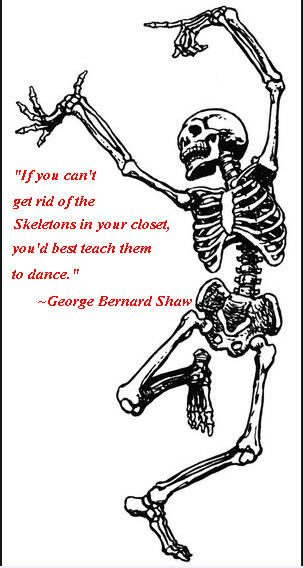 A friend of mine is a huge metal fan, which is not only to say he is a fan in a huge way, but also that he is a huge guy. To look at him you’d think he would just as soon kick your puppy as look at you (he wouldn’t, but he looks like he would). Somehow, during a recent conversation, he revealed to me that he loves Bon Jovi. He even told me a story about him standing in line at Dunkin Donuts singing a Bon Jovi song out loud while he scanned the menu…drawing some pretty interesting looks from the other patrons.

I don’t know, but to paraphrase the famous Life cereal commercial – “I’m not gonna ask him – you ask him.”

On a nine hour road trip with some friends back in the early 90s (all guys) we were in a remote part of Pennsylvania where there weren’t many radio stations available, so we were forced to listen to an Easy Listening station.

Imagine our surprise when one of the guys started quietly singing along with Barry Manilow’s I Write the Songs.

After several miles of relentless torment from the rest of us, he finally copped to it (but, not before trying to blame his mother for listening to it so often that the lyrics were embedded in his brain).

A co-worker of mine was born and raised in Nassau. Naturally, being from the islands his musical tastes lean heavily toward reggae with a healthy scattering of R&B and rap. He also has a fondness for 80s synth-pop.

One day a few of us were having a discussion about old time TV shows when somebody mentioned Hee-Haw. My island-native friend’s brain wasn’t fast enough to censor his own response…he blurted his love for the music on the show and even confessed to begging his parents to buy him a banjo when he was eight-years-old. (They didn’t, but if they had he would have been a pioneer of the rasta-billy scene.) 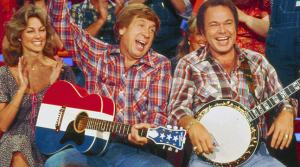 When he saw the looks on our faces (mostly stunned confusion) he laughed and tried to pull the old “just kidding” defense – unsuccessfully.

They say confession is good for the soul, so here goes…

Despite my love of The Beatles, Led Zeppelin, Willie Dixon, Miles Davis, Dwight Yoakam and Mozart…when I’m alone in the car I will crank the hell out of an ABBA song (until I get to a stop light). 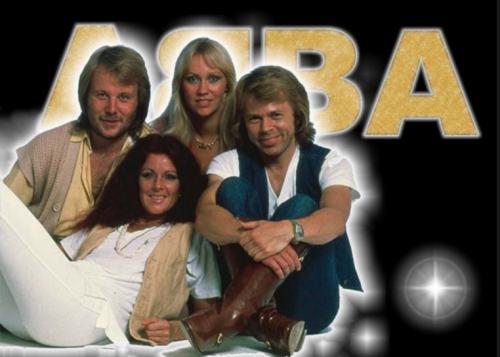 There, I said it.

Laugh if you will – but they have some great songs! (I even attended a live performance of Mama-Mia in Rhode Island and was blown away!)

So what are the skeletons in your musical closet?

Come on – you can share it with us, we’re all friends here…