The True Secret to Being a Successful Writer

Shortly after I began writing my first book (the one I was really serious about, not the one I started in 1988 and never finished) I naturally began networking.

Since then, through Facebook, Twitter, LinkedIn, and a variety of writing oriented websites I have met many, many writers. Some were working on their first book while others had dozens of releases. They represented all genres from action to zombie (see what I did there?) and for every different style and level of experience, there was also a different attitude toward the craft.

Every writer, or at least the vast majority of them, has one thing in common…the desire for success. Some see success as a number one best-seller, others will consider themselves successful if they can manage a steady income and some define success as simply holding that first novel in their hands – and most will do whatever it takes to reach their goal.

That’s right, I said most.

Believe it or not, I have met a handful of people who like to call themselves writers, but aren’t even remotely interested in putting in the work.

Every writer reading this post knows what I mean by the work, but for the others let me tell you this; writing is work – lots and lots of work. This is not the place to go into detail, but ask any serious writer, they’ll back me up.

As I was saying, I have met many people who claim to be writers, but they are just not dedicated. They tell you they are working on a novel but that’s about as far as it gets. They spend lots of time on the internet hanging out in writer’s groups talking a good game, but that’s the end of it. 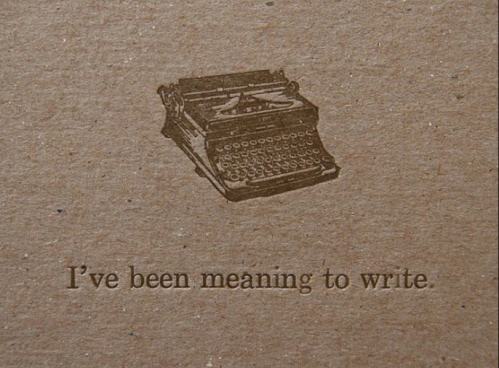 It’s the equivalent of me knowing a handful of chords, hanging out with Jimmy Page and Eric Clapton and calling myself a guitar player.

I’m not trying to be demeaning. I’m not calling anybody a fraud and I am certainly not saying that these people have no talent.

In fact, I can think of a couple I have known who were very talented, but for whatever reason they were unwilling (or maybe unable) to go that extra six miles.

I’m going to ignore that bit of wisdom for the time being.

I’m going to give some advice to anybody who wants to be a writer – and here’s the kicker…if you aren’t willing to take this advice seriously, you might as well pack it in now.

It may sound harsh, but somebody has to tell it like it is.

Stop talking about it and do it.

There will be those days when putting together a cohesive paragraph is more painful than taking your teenage daughter to a One Direction concert. Too bad – sit there and work through it.

You know those days when you just want to sit on the couch and watch TV? Get to writing.

When you get tired of working you can use this guaranteed shortcut…sit down and write!

That’s the real bad news here…there is no shortcut, no miracle cure, no magic bullet.

Which means don’t pay for a seminar or a book that promises to teach you how to write a best seller, if anybody knows that formula they wouldn’t need to sell a book about how to do it.

It means don’t keep telling everybody you have writer’s block and don’t say you’re still working out some of the details.

Be honest with yourself…

If you really want to write a book, you won’t let anything stop you. If something stops you – it’s because you let it stop you.

I am not saying that following this advice will guarantee you a best-seller. I’m not promising you a movie deal, a boat or a cup of coffee – but I will promise you this…

You will never get ANY of those things until you get serious and write.

Now if you’ll excuse me…I’ve got a book to write.

As always, thank you for reading

One thing I hear quite often from readers is that “writing a book must be hard.”

Well, it’s definitely not easy, but truth be told, writing the book is the easy part. It’s the “getting it out to the world” that’s the hard part.

Ask 10 Independent Authors about their marketing strategy and you’ll get 20 different answers.

The good news is, there is a ton of ways to promote your work. The bad news…you have to figure out which one(s) will give you the most bang for your buck.

I hang out with two other indie authors on a regular basis (Armand Rosamilia and Becky M. Pourchot) and we have devoted a lot of conversation time to the “best” marketing ideas. We’ve discussed ideas from newspaper ads to radio broadcasts, we go to art-related events regularly and we routinely harass local businesses into selling our books and hosting signings. We also discuss the value, or lack thereof, of giving bookmarks to potential readers (see Armand’s blog post about it here) and even the advantages, or disadvantages of giving books away.

After we’ve beaten the above ideas to death, and beyond, we move on to social media – which, although mostly free, is not without issues. There is no doubt about its value as a marketing tool, but be careful how you use it or it can do more harm than good. It’s taken me about 5 years to get a handle on it and I’m still no expert, but here are a few of the lessons I’ve learned so far…

Lesson #1 – The internet is free publicity…unless you count the old adage “time is money.”

Sure – you can sign up for Facebook, Twitter, Google+, Goodreads and a slew of other social media sites and plug yourself until the cows come home – but how much time are you willing to spend every day keeping up with all of it. If you want to establish an on-line presence you have to be active. Keeping a facebook page dynamic enough to draw interest requires constant attention. Not letting your Twitter feed become stagnant takes time, and your Goodreads page isn’t going to remain up to date by itself. I think you see the way I’m steering the boat…

I have enough trouble remembering 47 different user-IDs and passwords, never mind figuring out how to link my Facebook feed to my Goodreads page. Every time I try to update my website, it’s a two-hour ordeal, and before it’s over I have usually invented a handful of new cuss-words. And why can’t things look and act the same on my phone and Kindle as they do on my PC? I swear, the first thing I’m going to do after Steven Spielberg makes a movie from one of my books is hire an IT Department.

Lesson #3 – Be careful with your content…you won’t sell a book to someone who thinks you’re an a$$hole.

Whether you’re on Facebook, Twitter, Goodreads, LinkedIn or Pinterest it is wise to avoid controversy. I used to enjoy engaging people in “spirited debates” on Facebook, but Armand finally convinced me that it was not the best business decision, since I ran the risk of alienating people who had opposing viewpoints. Yes, I am entitled to my opinion, as is everybody, but by voicing those opinions I was running the risk of pissing people off, so I backed off and now I only engage in non-controversial (for the most part) discussions. I suppose if I were Stephen King, I wouldn’t care about it, but…

Lesson #4 – Sure, the idea of being on the internet is to sell books…but don’t actually ask people to buy them.

Talk about contradictions, right? You want to use the internet to reach the world and sell your book (or song, or painting, or whatever), but if you do nothing but bombard the feeds with “buy my stuff” posts your sales numbers will be less than staggering. You might as well put on a cheap suit and shout “…but wait! There’s more!!” Nobody likes a high-pressure salesman. Social media is meant to be, as the title implies, social…so socialize (bearing in mind Lesson #3). Share content that is interesting, funny, philosophical or thought provoking…then every now and then slip in a casual reminder that you happen to have something for sale.

Lesson #5 – Social media is a two-way street…make sure you go both ways.

Imagine you meet somebody at a party, begin a discussion and within minutes you realize that this person talks about nothing but themselves. Pretty soon you’d be wishing for somebody to interrupt so you can casually slip off to the bathroom. Social media is no different. Don’t be “that guy” (or girl). Contribute to conversations you didn’t start, acknowledge pictures of peoples children or pets with a “like”, “favorite” or “+1” (whatever the case may be). Show people that you’re interested in them and they will respond in kind. Pretty simple, actually.

Lesson #6 – If you can’t be original…at least add some creativity when you plagiarize.

There’s really nothing new under the sun, and social media drives that point home like a sledge hammer. There are going to be times when you share a picture, retweet an article or repin an item. There’s nothing wrong with that. Just try to do it in such a way that doesn’t leave you looking like a parrot. Mix it up, add some original content and try to make it (at least partially) your own. If you’re creative enough to write a book, you should be creative enough to come up with a caption more original than “LOL” under the picture you stole form your high school buddy. And try to avoid reposting content that has been around the block a thousand times…

I think that’s about enough for now. One other lesson I’ve learned about the internet…don’t overshoot the attention span of your audience!

And speaking of the internet – here are links to connect with me out there on the interweb – stop by and say hello.

And if you want to find me quickly, do a search for #Ike