I would like to introduce you to one of my many writer friends.

Lilo Abernathy is a somewhat eccentric, deep-thinking, warm-hearted young woman of at least 43 years. She started out as a restaurant chain hostess and worked her way up to the exciting world of global mergers and acquisitions. She has enjoyed an on again/off again relationship with formal education and has been affectionately referred to as information hound. In the evenings, she fills her writing breaks by scanning the internet for answers to provocative questions, such as: “What causes diamonds to be formed in different colors?”

One thing that never changes is Lilo’s ongoing love affair with books. A born bibliophile, by age ten she finished all the children’s books in the house and started devouring the adult section. By age 15, she was working her way through grocery store book aisles and libraries. Just as Picasso had his blue period, Lilo had her own periods of readership–urban fantasy, paranormal romance, Gothic novels, etc. Now she’s planning on creating a bookshelf for you to enjoy.

For fans of paranormal romance and urban fantasy here is a good place to start:

The Light Who Shines
When Supernatural Investigation Bureau agent Bluebell Kildare (a.k.a. Blue) arrives at the scene of the crime, it’s obvious the grotesquely damaged body of the deceased teenage boy was caused by far more than a simple hit and run; and she vows to catch the killer. Using her innate sixth sense, Blue uncovers a powerful magical artifact nearby. She soon discovers it acts as a key to an ancient Grimoire that was instrumental in the creation of the Vampire breed and still holds the power to unravel the boundaries between Earth and the Plane of Fire.

Blue and her clever wolf Varg follow a trail that starts at the Cock and Bull Tap and leads all through the town of Crimson Hollow. Between being sidelined by a stalker who sticks to the shadows and chasing a suspect who vanishes in thin air, the case is getting complicated. If that isn’t enough, Dark Vampire activity hits a record high, and hate crimes are increasing. However, it’s Blue’s growing feelings for Jack Tanner, her sexy Daylight Vampire boss, that just might undo her.

While Blue searches for clues to nail the perpetrator, it seems someone else is conducting a search of their own. Who will find whom first?

Danger lurks in every corner, and Blue needs all her focus in this increasingly dangerous game or she risks ending up the next victim. 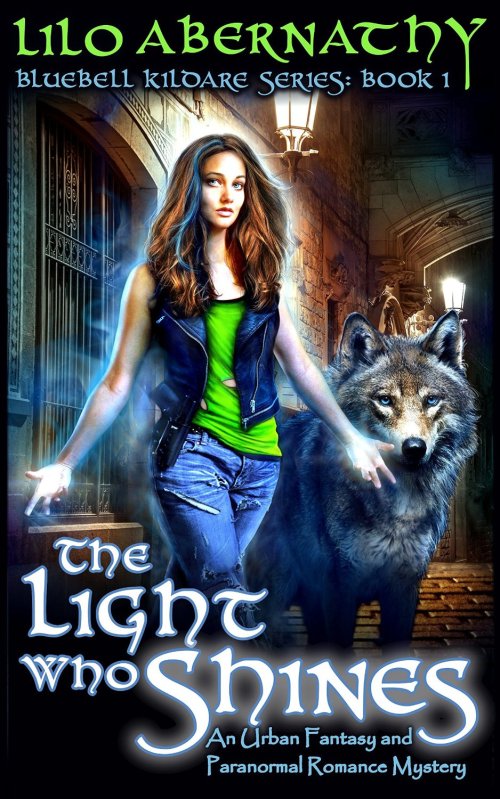 Bluebell Kildare: Blue is a Supernatural Homicide Detective and a gifted empath who has a pure spirit and a will of steel. She was orphaned at a young age and has had a tough life so far. Yet, she continually picks herself up by the boot straps and fights to do what is right, regardless of the cost. Just how high will the cost be?

As Always – Thank you for reading