Before I get to the big news – let me first say I hope you are all healthy, and that you stay that way. These are strange days indeed. Please be safe and stick together (from six feet away!).

Now – on to the program…

By now you’ve most likely heard about my fund raiser… 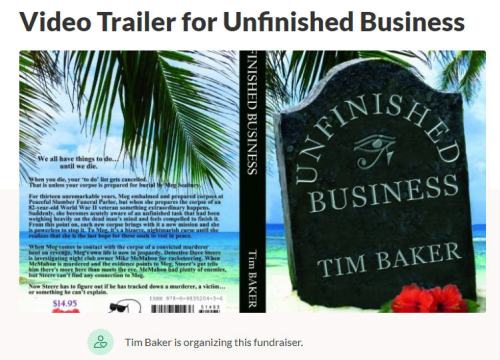 As you know, the original idea was to raise enough money to make a ten-minute video trailer and pitch it to networks as a possible TV series. Upon further consideration we (Team Meg) have decided to make a movie!

Let’s face it…the video trailer pitch may have been a cool idea, but it was probably a long shot at best. Even though I thought it was my only shot, I was willing to take the risk. However, our director* had an idea for a different approach. Rather than spend $20,000 – $25,000 on a ten minute video he proposed it would make more sense to spend $100,000 on a full length independent movie. 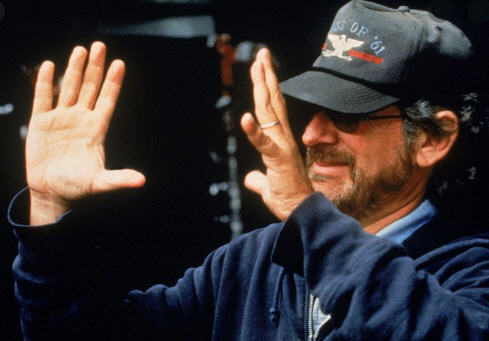 *actual director is NOT Steven Spielberg!

To be honest, I was pretty easy to convince.

I see you have questions…

Obviously first – Yes – I will have to find more money, but I believe that people will be much more inclined to donate money if it means they will be involved in an actual movie as opposed to a short video. I will also be applying for some grants to help out.

Also Yes – the incentives for donations will change – and for the better.

No – it won’t be a Hollywood production which means (barring a small-to-medium sized miracle) Matthew McConaughey and Sandra Bullock still won’t be involved. 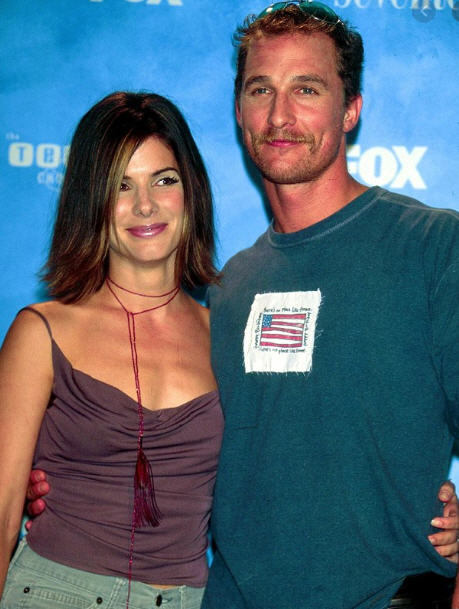 But that doesn’t mean it won’t be a quality production. Not only is there more than enough local talent to make a film, but Independent films have won awards at film festivals and, if I’m not mistaken, even been nominated for academy awards.

Yes – it’s still possible (even more probable) that Unfinished Business could be picked up for a series – it has been known to happen.

Yes – making a film is a much larger endeavor than making a video, but the entire team is excited about it (although I doubt they’re nearly as excited as I am!) so even though it’ll be a challenge we’re all looking forward to it!

I’ll be revising the fund raiser page accordingly – here is the link, please check it out. – and, once again, please share it! 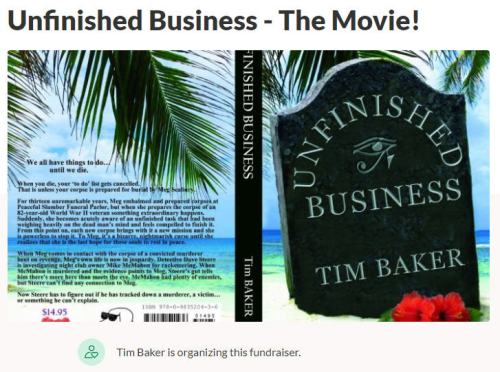 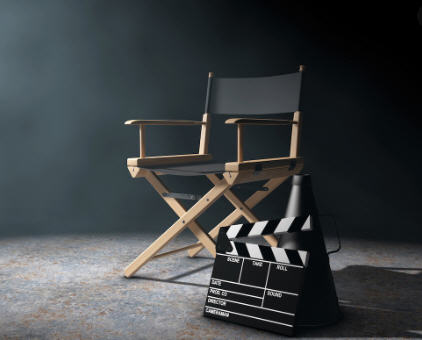 I’ll be posting updates as things happen. And once conditions of the world allow, I’ll make a video to introduce you to the team.

Time is Running Out – Ike Needs Your Help

In case you missed it, I found a fund-raising site which allowed me to create tee-shirts to sell where I wouldn’t have to put any money up-front. Once I designed the shirt the site tells me how much they will charge me for it and allows me to set a retail price.

I also had to select a goal as far as how many shirts I wanted to sell (as a minimum) and how long I wanted them to be available.

At the end of 23 days, if there have been 50 orders for shirts, they will be printed, shipped and I will get paid (approximately $3 per shirt based on the price I selected).

If there aren’t 50 orders, the campaign is closed, nobody pays anything, no shirts are printed and I get no money. 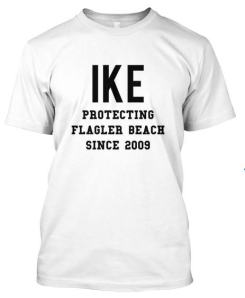 The goal of this campaign is to help off-set the costs of putting out a book.

If I sell 50 shirts I would make enough money to have the cover designed, with a little left over to buy envelopes in which to ship books. It wouldn’t even put a dent in editing, formatting and interior layout costs.

At the time of this writing there have been 44 orders for shirts – with 5 days left in the campaign.

I need 6 more orders before Sunday (Sept 15) to have a successful campaign.

So what is your incentive to buy one of my shirts? 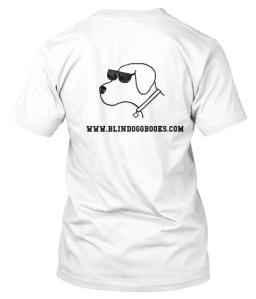 Here’s the deal – if you buy a shirt then post a picture of yourself on facebook wearing it (tagging me and yourself in the picture) – I will send you a free, signed copy of any one of my books (one book per customer).

You can order your shirt here – credit cards and PayPal are accepted.

And for those of you who don’t know who Ike is – click here for some background – or you can click here.

I truly appreciate your support.

The Shirt Off My Back (sort of)

Being an Independent Author is not as glamorous as you might think. It usually involves working a full-time job and writing as time allows (nights, weekends, whenever). Then – after the books are written there is the extra bonus of spending countless hours promoting them. It’s a non-stop process that must be done if the author expects to sell any books.

As if that weren’t enough we get to pay for editing services, cover design, interior formatting and shipping.

Bottom line…lots of time and money goes out and there’s no guarantee that it will come back.

I found a cool website for raising funds by selling tee-shirts.

So I designed a tee-shirt and they are available for ordering – but here’s the thing – I have to get 50 people to order shirts before September 15th or the whole thing goes away. 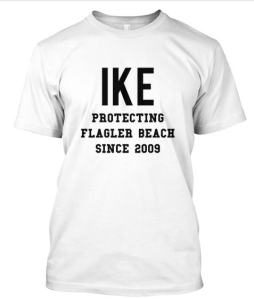 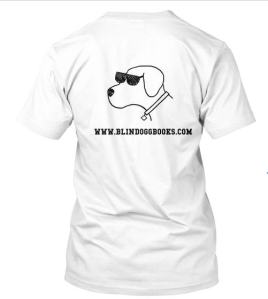 In case you hadn’t guessed, I am asking you to order a tee-shirt (You will not be charged unless I meet my goal).

Any funds raised will go toward the above-mentioned expenses for my next book.

Assuming my campaign is successful and I sell 50 (or more) shirts, not only will you be the owner of a wicked-cool tee-shirt, but I’ll have a contest where people who post pictures on facebook of themselves wearing the shirt will be eligible for prizes (free books).

If you are inclined to share this blog I would appreciate it very much – and I am always willing to return the favor.

I truly appreciate you support – whether it’s buying a shirt (or 3) or by simply sharing this blog post and helping spread the word.