Once again we are watching yet another year fade away in the rearview mirror.

Sometimes I think there is some sort of universal phenomenon that causes the years to go by faster as we get older. Sort of like a roller coaster…the long slow climb up that first hill is followed by a neck-breakingly fast plummet which really makes you appreciate the scenery you ignored on the way up.

From the perspective of my writing career, I have to say that 2014 was, by far, my best year (to date).

Let’s run down the highlights (in no particular order):

I joined Twitter in October, 2009 – shortly after my first novel was released – because I had heard it was a good way to network and market.

At the time I looked at networking and marketing the way a St. Bernard looks at catnip.

When I met Armand Rosamilia a year later I think I had about 80 twitter followers. Armand showed me how to use twitter and, most importantly, how to avoid being intimidated by its rapid fire, life-at-a-million-miles-an-hour pace.

Within a month I was up to 600 followers.

Here we are, just four years later and I have crossed the 10,000 follower mark – something I never thought possible. 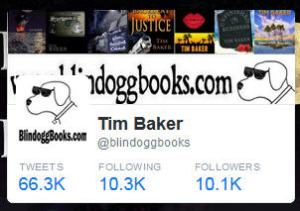 I thank you all for your support! I am truly appreciative for every single twitter follower as well as facebook fan and everybody else connected to me through social media.

Tim Baker’s B-Sides, Deep Cuts and Cool Covers (Friday night from 7-8 pm) was in its infancy and I was also partnering with Armand on Friday Night Writes (Friday nights from 8-10 pm).

In the early months of 2014 Armand’s schedule took him away from the show, leaving a two hour void in Friday night’s programming.

At the suggestion of station manager DJ Vern I took over the 8-10 block, flying solo and replacing the writing-related talk with good ole’ fashioned rock and roll.

The show airs on Friday’s from 7-10 pm EST on Surf 97.3 FM and http://www.Flaglerbeachradio.com. It has been fun for me since day one and has developed a loyal, if not somewhat rabid, following!

Every Friday night I spend “the best three hours of my week” entertaining people with music, but even if nobody was listening I would still love doing it (although DJ Vern might not be too thrilled)!!

Those who read my work know that my genre (the one that defies classification) will never be confused with horror, yet 2014 saw me contributing stories to two horror anthologies.

The first story was called Dying Days – Angel and appeared in the anthology Still Dying 2… an anthology of stories released by Armand Rosamilia based on his Dying Days zombie series.

I also submitted a story called Road Wearier to a collection of short stories called State of Horror – New Jersey.

I surprised many of my readers with these stories, and to tell the truth, I surprised myself a little too!

Eyewitness Blues is the story of Martin Aquino, a young man with less sense than luck, and a knack for landing in bad situations.

Convinced that his life is beyond salvage, Martin decides the witness protection program will provide him with a fresh start. 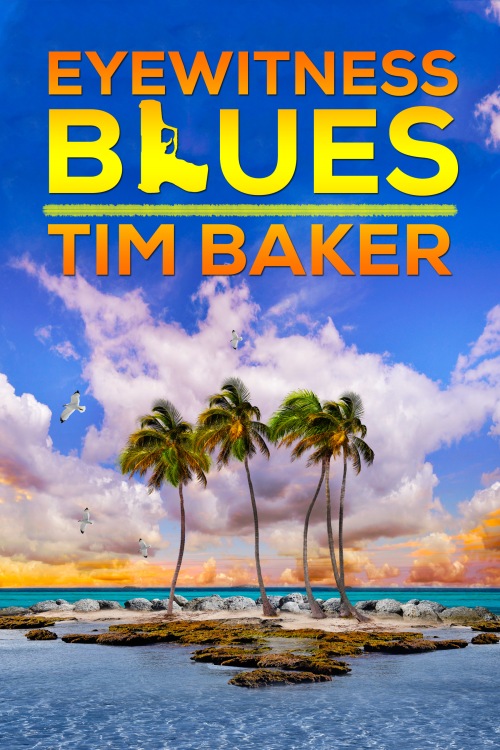 Unfortunately he hasn’t witnessed anything and things go downhill from there!

Practically from the day it was released Eyewitness Blues has been receiving great feedback.

Several readers have told me that, of all my books, it is their favorite. The reviews on Amazon are extremely flattering.

The final project of 2014 was a collection of short stories featuring my enigmatic anti-hero.

The book is called Path of a Bullet – A Collection of Short Stories featuring Ike.

The title came from a quote (by Ike) in one of the stories where he tells his compadre, Brewski “The shortest distance between two points is the path of a bullet.”

Six other writers contributed their own stories about Ike to the book. I don’t know how other writers feel about fan fiction, but I take it as a huge compliment. The fact that my character made enough of an impression on other people to inspire them to write their own stories is incredibly flattering and (at the risk of sounding cliché) why I write! 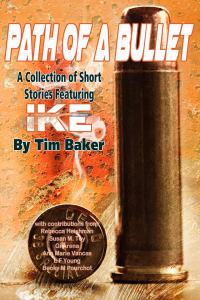 Sales of the “Ike has my back” tee shirts were better than expected too!

The Ike Anthology has been so well-received that work has already begun on the 2015 edition. I plan to write at least twelve stories for it and there will be additions from 11 other others.

Stay tuned for a blog post in the very near future formally announcing the other participants.

I am hardly a prognosticator, but I’ll do my best to let you know what’s on tap for 2015…

The aforementioned collection of Ike short stories is planned to be released in early December and is tentatively being called Muzzle Velocity.

Many of you have heard the story of my ill-fated, 1988 attempt to write a novel called Full Circle. Well the time has come to drag Full Circle out of the closet and give it the attention it deserves.

From the day I began scribbling it down in a spiral-bound notebook all those years ago I have always felt it was a book that needed to be written – and now its time has come.

I have spent the past few weeks gathering & reviewing the 15 or so chapters I had written back in the day. I’ve also been going over the many thoughts & notes jotted down on everything from post-it notes to cocktail napkins (and never thrown away!) as well as compiling some new ones. As soon as the holiday madness dies down I will be diving into Full Circle. If all goes well it should be available in the fall of 2015.

I also have an idea for an

other Steve Salem (he of Backseat to Justice) novel and I am going to try to crank that out as well.

Hopefully, a year from now I’ll be writing a recap about all three of those projects!

Thank you to all of you for sharing 2014 with me. I can’t tell you how much I appreciate your support.

I hope each, and every one, of you are blessed with peace, love and prosperity in 2015!