A First Draft 27 Years in the Making #amwriting

Stop me if you’ve heard this before…

I finished the first draft of my latest novel.

Full Circle has, if you’ll pardon my turn-of-phrase, quite a storied history. 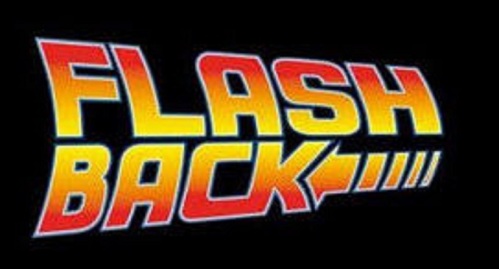 Being a single parent with an eight-year-old son, I had very little in the way of a social life.

I also had very little in the way of money…so, I was on a constant quest to find new and creative ways to kill time.

One night, I don’t remember the exact moment, or what spurred the thought in me, I decided to write a book. It would be about Karma, more specifically, the old adage what goes around comes around. I actually had the title picked before I put pen to paper.

I’ve always been interested in the unexplained forces of the universe, probably as a result of watching The Twilight Zone during my formative years, so it seemed like a good theme for a book.

I dug out a spiral-bound five-subject notebook and a ball-point pen and started writing.

I had, what I thought, was a good concept, so I wrote about five chapters and gave them to my best friend’s wife ( an avid reader) and asked her to read it and tell me if I should keep going. She told me to continue, so I did.

Along around the fifteenth chapter I switched jobs and had to move, so the notebook went into a box and didn’t see the light of day for many, many months.

When I finally dug it out and decided to get back to it, my life was as hectic as a beehive in a tornado, so, needless to say, the notebook went back into the box.

You know how “life happens”?

Well, it kept happening to me for about eighteen years, at which time I found myself moving again…this time from Rhode Island to Florida…and the notebook was all but forgotten.

Six months after landing in the Sunshine State I had a dream which turned into my first novel, Living the Dream. Shortly after it was released, while writing Water Hazard, I remembered the book I had begun all those years ago and decided to make it my next project.

It was a good plan, but you know what they say about the best laid plans.

After Water Hazard came Pump It Up, then No Good Deed, then Backseat to Justice and so on…

Last August, when Eyewitness Blues was released I decided it was time to finish what I had started.

I was in the process of getting Path of a Bullet ready for December release, so January 1, 2015 seemed like a good day to start the project.

I say start rather than finish for a few reasons:

So, as the new year began, so did my new incarnation of Full Circle (the title is the only thing that has remained from the original, aside from the central theme). By the end of January I had written a paltry 3,000 words and when Febrauary ended I had only doubled my output. March was a particularly bad month for me so when April began my word count hadn’t moved.

Perhaps, but I wasn’t going to accept that, so I imposed a moratorium on non-essential extra-curricular activities and spent every spare minute I had at the keyboard with the goal of finishing the first draft by June 1.

If I could do that, I could get it to my beta readers and hopefully get it back from them before July, which would allow me to get it to the editor before August so it could be released (hopefully) before November.

I’ll be honest…there were times when I thought I was asking a bit too much of myself.

Would I be able to, essentially, write an entire novel in two months?

Well…I missed my target date by one day.

I finished the first draft of Full Circle on June 2.

By the end of the day on June 3 it will be in the hands of my beta readers and the book I began writing in 1988 will be that much closer to completion.

I guess there are two ways to look at it…

You could say that, for all intents and purposes, I wrote Full Circle in two months—or—you could say it took me twenty-seven years.

Either way – I’m extremely happy with the finished product and I hope you will be too!