Blood in the Water Splashes Down

I don’t know about other writers but my mind sees stories everywhere.

If I see a shady looking guy in the produce aisle at the grocery store, I’ve concocted a story about global vegetable sabotage before I get to the pet food section.

My biggest – and only – complaint about this particular quirk is that I don’t have enough time to turn all of my story ideas into books. As a result, when it’s time to start a new project, the decision of which idea to work on next usually comes down to a choice between the most recent and the one that excites me the most.

After Full Circle was released in 2015 I needed a new project and, as usual I had several ideas to pick from. 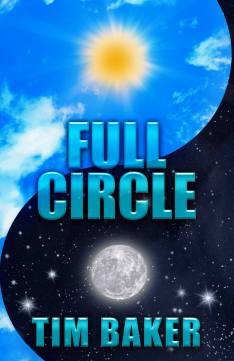 This time it was fairly easy. I had a story idea that was not only recent, but one I was pretty anxious to write—and, believe it or not, the seed for it was planted in my mind way back when I was 17 years old.

At the time I had a pretty good job for a high school kid, and of course I had no bills, so, I was constantly looking for ways to spend my loot. A friend of mine had just started SCUBA diving, and was talking non-stop about what a blast it was…so…naturally I dove in (no pun intended).

A few years later I found myself married with a child on the way so there was no time (or money) for SCUBA diving, and all the expensive gear I had acquired was sold at a huge (disgustingly huge) loss.

I told myself I’d get back to it again someday.

Well, I did…about three years ago.

If you’re doing the math – that’s about a thirty year span.

At the risk of sounding cliché – it was like riding a bike. Once the rust was gone I felt like I had never stopped. And as a bonus…diving in northeast Florida beats the hell out of diving in Rhode Island!! 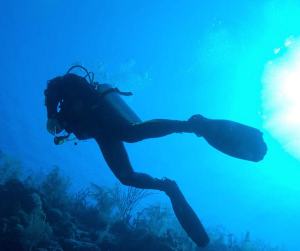 As I mentioned earlier, my mind is always looking for story ideas, so it was only a matter of time before I came up with an idea centered on diving. You would think that since Ike, my main character, is an ex-Navy SEAL it would be common for there to be diving in all of my books—and it is, but the diving has never been an integral part of the story – until now.

Right around the time Full Circle was released I was diving and spotted something shiny on the ocean floor. It turned out to be nothing, just light reflecting off a shell, but for a couple of minutes my mind took off, as would anybody’s, to the “T” word (treasure) and I immediately started fantasizing about the possibilities.

Then my author-mind kicked in, and I started considering some other, not so desirable, possibilities.

It’s that what if moment…

What if a guy was diving and found something really valuable, but it was something that somebody else didn’t want to be found?

This is what I came up with…

Blood in the Water – my ninth novel – tells the story of Bob “Oscar” Oscarson, who finds a 300-year-old Spanish coin while SCUBA diving. Naturally he thinks his find is only the beginning. Unfortunately, he’s right—it’s the beginning of trouble the likes of which he never imagined.

In the book, we also see the return of Flagler Beach P.I. Steve Salem and his partner Val Casey (Backseat to Justice), who are investigating the disappearance of a retired architect from Rhode Island. Somehow their investigation connects them to Oscar and his mystery coin, and before long…there’s blood in the water.

Available in paperback  and  kindle.

Now if you’ll excuse me, I went to a training seminar about active shooters in the work-place and I’ve got an idea for a new book…

9 responses to “Blood in the Water Splashes Down”