It’s that time of year again…time for my fourth annual Year-In-Review post.

In preparing for this post I glanced over the previous three Y.I.R. posts. At the end of my 2014 Y.I.R. I made a bit of a prediction, which I whole-heartedly intended to fulfill – but in retrospect I feel as though I’ve let you down.

Which Do You Want First?

There is good news and bad news about Muzzle Velocity – the second collection of short stories featuring Ike.

The good news is I’ve got nine good stories so far.

The bad news is I didn’t write any of them.

Moving on to item 2 on the list – the completion of Full Circle.

On this item I am pleased to say – done and done!

Yes, my eighth novel (one which I began writing in 1988) was released in mid-December.

In the interest of full disclosure…it should have been released before Thanksgiving, but I ran into a bit of an administrative setback. For a while there I started to wonder if the book was cursed – but those fears were premature, and the book that was 27 years in the making was brought into the world, officially, on December 22.

So far it has been very well received. Within days of its release a loyal reader posted a five-star review which eased the pain of the SNAFUs leading up to release!

And Then There Was One

Finally, the last prediction of the year – a new Steve Salem novel.

Steve Salem, as you know from Backseat to Justice, is a Flagler Beach Private Investigator. I had hoped to at least begin a new story involving him and his assistant/partner Val Casey, but it just didn’t happen.

I’m not going to make excuses, it doesn’t matter why I didn’t do it – it only matters that I didn’t, and believe me, nobody is more disappointed than me.

However, I am very happy (and pretty proud) to announce that it was by far my best year from a sales standpoint.

For this – I can’t thank you enough. I thank you for your support, for buying my books, and for telling others about me.

Without you, I’d just be a guy wasting a lot of time writing stuff. 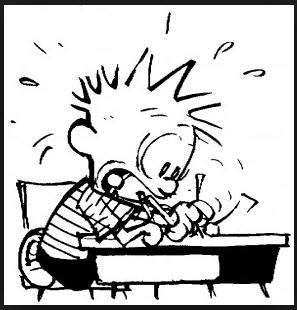 I still haven’t been able to quit my day job, but as I told somebody at a holiday gathering last week… “I may not have reached that particular goal yet, but considering in 2009 my goal was to sell one book – I’m happy with how far I’ve come and confident in where I’m going.”

I think I should – it will give me something to shoot for, but I think I’m going to need a good supply of ammunition because it’s looking like a target-rich environment!

First up – my next Ike novel, tentatively titled Blood in the Water.

The story will involve a hunt for a mysterious lost treasure, an unsolved missing persons case, sharks (gotta have sharks!) and a guy who is over his head until Ike steps in.

I can’t wait to see how it ends!

It WILL be released before the Fourth of July. Not only do I enjoy writing short stories, but I’ve got nine stories written by some really good writers I think you will enjoy, so I’m determined to get it done!

Third – The next Steve Salem novel.

This project is something I really want to do, but I have to be realistic – in the midst of all my other projects I am not extremely optimistic about completing it – but we’ll see. At the very least I will begin.

Fourth – I am working on a fun little project with my friend Becky Pourchot.

Becky bought her first motorcycle this year and after about ten miles of riding she was hopelessly hooked. We started having conversations about the Zen of the motorcycle, and decided to gather some of our biker experiences and put them together in a book. Our plan is to have it ready for Bike Week here in Daytona Beach – which is in March, so the clock is ticking!

And lastly…I’ve been invited to contribute short stories to a couple of anthologies being put together by other writers. As I said – I enjoy writing short stories so this will be fun! 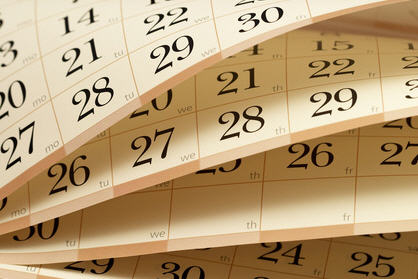 I should probably get to work!

See you on the first page of the new calendar