The Johnny Bravo Protocol and How #TheBeatles Ruined Music

It’s practically common knowledge that when Brian Epstein took over as the manger for the Beatles they were, at least by all appearances, four hoodlums from Liverpool with enough potential for five bands.

Desperate for competent management and enticed by even the most remote chance at stardom, the Fabs agreed to Epstein’s conditions…one of which was an overall image makeover. 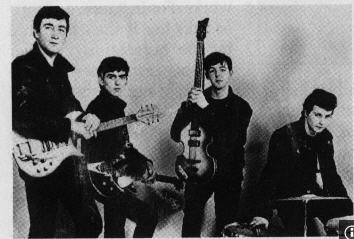 Epstein knew, way back then, that despite the overwhelming talent pool in the band, he would have a much easier time selling them if they didn’t look like teddy-boys (one of the first classifications of young men whose looks and behavior had a tendency to frighten the older generation).

He was right of course, and the rest, as they say, is history. 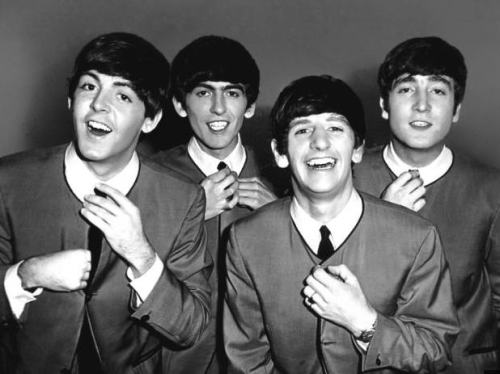 By the time Epstein died the boys were the biggest performing group on the planet, they had already ditched the “mop-top” look and were moving into their own individual looks – and it didn’t matter because by that time they could have recorded themselves singing in the shower and sold a million copies.

You’re probably wondering if I have a point to this little history lesson…I do, even if it makes me sound like an old man.

It’s probably appropriate that I sound like an old man, because the entire impetus for this post came as a result of me being couch-bound with a bad back…or as the old joke goes…a weak back.

So I turned my TV on this morning and before I could switch over to my DVR, and the most recent episode of Hell on Wheels, I was greeted with a morning talk show host introducing a new band which, according to his teleprompter, was the new up-and-coming thing.

I figured…I love music so what the hell, let’s see what this band is about.

The name of the band was R5, and let me save you the trouble…unless you’re a twelve-old-girl or a housewife striving to look cool for the friends of your twelve-year-old daughter…just don’t bother.

I hate using the saying five minutes of my life I’ll never get back, but in this case I am going to make an exception.

Visually, this “band” looked like the unwanted love child of Prince and The Goo Goo Dolls. As for their sound…it can only be described as if somebody found an unreleased out take by the Bay City Rollers and tried to recreate it in the style of Hanson.

The drummer looked like he wasn’t sure which song they were playing. I would bet that the bass player’s bedroom is wall-to-wall mirrors. As he sang, I could see the lead singer mentally calculating his chances of getting laid at any time in the near future. The lead guitar player looked oddly out of place, in that he actually seemed like a talented musician – hopefully he’ll come to his senses and leave this abomination before any chances of ever being taken seriously as a musician go down the toilet. And then there was the keyboard player…an attractive girl obviously included to keep the band from being pigeonholed as a boy-band.

It was, I suppose, the natural progression of The Brian Epstein Theory – looks will sell before talent.

It is also a depressing commentary on the music industry.

I use the word industry rather than business because this band is a perfect example of the definition of the word – economic activity concerned with the processing of raw materials and manufacture of goods.

When I see bands like this all I can think of is some Donald Trump wannabe trolling the internet for kids who can, even marginally, sing, dance or play an instrument so he can package them, promote them, make a million dollars off of them and then move on to the next big thing.

Back in my day (I told you I was an old man!) bands had to compete with each other musically…these kids today – all they need to do is have the right look, throw a video up on YouTube and wait for it to be seen the right person. Don’t believe me…please see prosecution Exhibit A – Justin Bieber.

As long as there are pre-pubescent girls with cash, the Johnny Bravo Protocol will lead to huge profits every time.

The sad truth is that, despite whatever minimal musical talent these kids have, their musical future can probably be charted in months rather than years.

I realize, of course, that comparing these poor kids to the Beatles is grossly unfair. Comparing any band, at any level to the Beatles is unfair for that matter, but it seems to me that, since the inception of the music video (something else pioneered by The Beatles ) the music business has deteriorated to a point where it is no longer about the music – it’s about the look.

Thanks for nothing MTV.

It’s a cruel irony that the greatest band ever to make music started a chain reaction that would lead to, what seems to be, the inevitable demise of good music.