Did you ever have to make up your mind?

That wasn’t meant as a question…it was my way of cleverly introducing this post.

Baby-boomers and rock-and-roll fans of all ages probably sang the words while they read them…or they’re humming the tune right now (and probably will be for the next few hours).

Most of you know who sang them back in 1966, or you used to know, but the band’s name is on the tip of your tongue.

For the record…it was The Lovin’ Spoonful.

The Spoonful had a pretty impressive run between ’65 and ’68 which included seven Top 10 hits and another seven in the Top 100.

You might say they were hotter than a match head…

Like many bands they also had their trials and tribulations…

Tomorrow night (Friday October 31, 2014) on my radio program I will have the bass player from the Spoonful – Steve Boone – live in the studio with me.

We’ll be talking about all kinds of stuff, and playing some music in-between topics – beginning at 7:00 pm EST.

Tune in if you believe in magic… 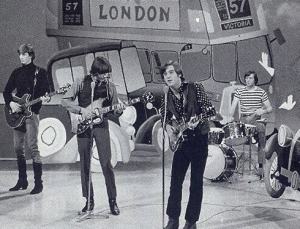 For those of you in Flagler Beach – you can listen on 97.3 FM and for the rest of the world, join us on the internet at www.flaglerbeachradio.com – you can also listen on your mobile device using the TuneIn app and searching Surf 97.3 FM.

If you’d like to ask Steve a question jump over to facebook and post it on the Tim Baker’s B-Sides, Deep Cuts and Cool Covers page.

As always – thank you for reading (and listening)