In the writing world there is an ongoing debate over HOW a book should be written. It separates writers into two distinct camps…

Planners – those who outline their entire book, down to the smallest detail, before they start writing

If I had to pick which category I fall into – I would call myself a plantser… I have a bit of a plan, and I try to follow it, but sometimes I go a little off course.

I have no formal training in writing, unless you count a high school journalism class and a semester of creative writing in college, so when I started writing my first novel, Living the Dream, I did it the way that felt natural to me.

I had no idea of where the story was going.
I knew that the bad guy, Kurt, was going to go through a lot of crap, which would hopefully teach him a valuable life lesson. The same for the other three main characters, Vicky, Jimmy and Leslie – I knew that they, too, would learn important lessons, but I didn’t know how those lessons would be taught.
In fact, when I started writing it, Leslie wasn’t even part of the story. She was created about a third of the way through the book because I realized there was a void in the story. It wasn’t until I finished the first draft that I realized what else needed to be changed…and again after the second draft.

The way I usually sum up my writing style is by using the analogy of a cross-country road trip.
I get in the car at Point A – knowing that I want to end up at Point B – but I have no specific route in mind. I just head off in the general direction of my destination and enjoy the trip.

When I tell this to people, they sometimes think, mistakenly, that I am endorsing my particular method over another.
I’m not.
I don’t consider myself qualified to tell anybody how they should write a book. I believe that every author, or potential author, should use the method they feel most comfortable with.

I don’t believe there is any right method – or wrong one.

After spending more than twenty years drawing plans for buildings of every conceivable size and type, I can tell you this…unless the plans are a complete train wreck – the building will get built regardless of how much effort was put into them.

Like writers, Architects’ styles vary…no two are alike.
There are Architects out there who try to anticipate every potential problem that could arise during construction, and take measures to avoid them by including pages and pages of details in their plans.

Then there are those who include only the barest essentials when it comes to details using the attitude “It’ll be worked out in the field.”
Sometimes it works…sometimes it doesn’t.

Neither method can guarantee the quality of the finished product. Buildings are built everyday using one method or the other. When John Q. Public enters a newly constructed shopping mall he doesn’t know what the plans looked like or how many times the original concept was changed, or why
He only sees the building. He might like it…he might hate it…but his opinion of the finished product will have little, if anything, to do with the plans used to build it.
The same can be said about novels. You can write a forty page outline before you start, or just start writing without a clue as to where your story will go…the book buying public will never know which method you used.
If you read enough blogs and how-to posts you may feel like you have to pick one method or another.
Don’t believe it. Do it the way you feel most comfortable.
Your readers will only know the finished product.
So, regardless of your method…give them the best damn book you can. 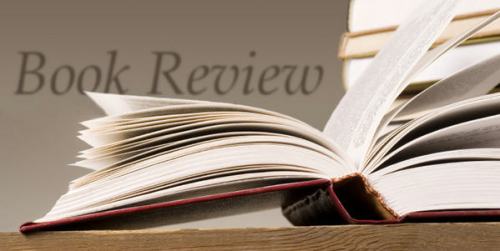 26 responses to “When Is A Book Like A Building?”