Last Sunday my family (at least the portion of it here in Florida) held a birthday party for my great-niece, who turned 3. 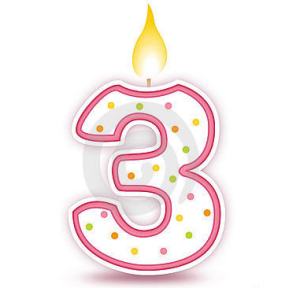 Hold on…before you tell me what a horrible great-uncle (clever word-play there, huh?) I am, let me explain. Believe it or not, I have a valid reason.

What could have kept me away from a reasonably significant family gathering? (I know my brother, nephew and sister were asking the same question).

The thing is – I had to check my e-mail.

I can practically hear your reaction to that…and by the way, that’s not a very nice thing to say.

Truth be told, it’s not quite that simple. Yes I had dozens of emails to go through, but I had a few other chores to do as well.

Then there are the two Twitter accounts (@blindoggbooks and @djcastaways).

Not ready to cut me any slack yet?

Well, for some reason, my LinkedIn account went crazy this week…I must have gotten more than two-hundred new contacts – and for each one there is an email to look at and decide whether to accept said contact. That process alone took me more than 2 hours.

What else did I do this weekend?

Well – I was doing some research for my B-Sides show, coming up with good songs to play and the stories behind them. (contrary to what Armand says – I do my research).

I was also preparing questions for this week’s guest on The Castaways Three Hour Tour.

I spent some time getting books ready to ship out to readers…not extremely time-consuming, but if I don’t do it – nobody else does. 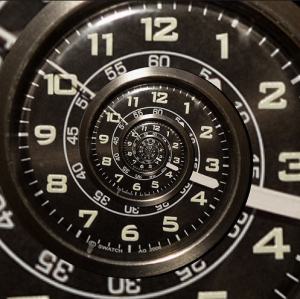 I exchanged several emails with a Louisiana Police Detective (retired) learning about certain aspects of police work and the witness protection program for my next book, tentatively titled Protect This (more research – take that Armand!)

Speaking of Armand, he and I are working on the sequel to our co-authored zombie novella Dying Days – The Siege of European Village and he wanted to get together to write this weekend. Unfortunately, I had to decline that invitation as well (we’re doing it next weekend – so don’t expect me at any parties then either).

Oh and last – but certainly not least – I spent several hours actually writing Protect This. (although not nearly enough, I am not as far along as I’d hoped to be)

Aside from the 2 hour motorcycle ride I took Sunday morning I didn’t leave my house from the time I got home from work Friday evening until it was time to go back to work Monday morning. Oh, in case I didn’t mention it…I also have a full time job, so accomplishing all of these things must be done in my spare time.

What’s up with that? Surely I could have foregone the motorcycle ride to spend time with my family…

Let me tell you about the motorcycle ride… 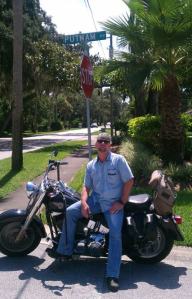 I do a lot of work for a charity called Christmas Come True. On October 26 we are having our 4th annual Poker Run to raise money for the cause. I am in charge of the run, so it is my responsibility to map it, time it and coordinate the cooperation of the venues along the route. So my brother and I did that Sunday morning – and while it was extremely enjoyable – it was not a joyride. Not entirely anyway.

So there you have it.

Depending on how you look at it, this was either an apology or an excuse…but either way – it’s the truth.

Many people think writing is a spare time thing…a hobby-like alternative to TV that requires nothing more than sitting in front of a keyboard and clicking away. After all, you know what they say about a roomful of monkeys…

Take it from me – if it were that easy I wouldn’t have missed the party.

Happy Birthday Alexis! Hopefully I’ll make the next one.