This is the Tale of Our Castaways

It all began a few months ago when Armand Rosamilia, Becky Pourchot and I met a guy named Vern Shank at a local event called Entrepreneur Night. Over the course of the evening Vern told us that, among other various gigs, he was starting a new radio station here in Flagler Beach. Somewhere during the conversation Becky suggested that the three of us do a radio show dedicated to the Flagler Beach creativity scene. 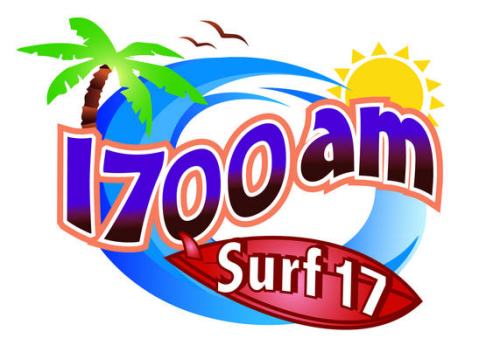 After three months and several discussions between Vern and Armand, the show will soon be a reality (not to be confused with a reality show).

Beginning on Friday, July 26th our show, “The Castaways: A Three Hour Tour” – will air on Surf 17 and FlaglerBeachRadio.com. The premise of the show (at least theoretically) will be to focus on the many creative and artistic happenings here in Flagler Beach – but anybody who has ever been around when the three of us start talking knows that the subject matter could go anywhere…ANYWHERE.

You may be wondering how we came up with the name The Castaways and why the show is called A Three Hour Tour.

Ever since Armand and I began hanging out together people have been telling us that we look like The Skipper and Gilligan (don’t make me explain who they are!). Since Surf 17 is “The sounds of the surf” we figured our nickname should be somehow surf related…so we decided on The Castaways (which sort of makes Becky our “Mary Ann”). Then it only seemed fitting to call our show – which will be 3 hours long – “A Three Hour Tour” (once again – if you don’t get the significance you had a lousy childhood…).

Surf 17 is a different type of radio station.

Granted it’s difficult for a radio station to do something truly unique these days, but Surf tries. When you listen, you’ll hear (as the name of the station implies) surf music from the Beach Boys, The Ventures and lots of other great bands. You’ll also hear songs that may not be specifically about surfing but still give you that “day at the beach” vibe.

And thanks to the internet you can listen wherever you are on your computer, tablet and even on your cell phone.

So join us here each week my friends, you’re sure to get a smile…on the sounds of Surf 17 – where the weather never gets rough and we’ll do our very best to make you comfortable (are you getting all these Gilligan references?).

Once again – make sure you tune in Friday nights from 7-10 pm (EST) for The Castaways: A Three Hour Tour. (starting Friday, July 26th).

2 responses to “This is the Tale of Our Castaways”